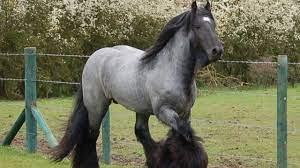 The quantity with which the steam engine can be measured is termed as horsepower. According to the data of the Iowa State Fair held in 1925, it was concluded that on an average a horse can have 14.9 horsepower. Through this one can easily identify and analyse the average work that a simple horse is able to do on a full day. Horsepower helps to get a better understanding of the capability of the horse. Horsepower is not just used to measure the work capacity of the horses but also cars.

Low maintenance and worn out features of the cars slowly lead to the decreased horsepower with time. This idea of horsepower was initially developed by a Scottish Engineer named James Watt who in order to sell off his steam engine had to find out ways to convince people. He successfully was able to compare the horsepower with the amount of work that is done by a horse per day.